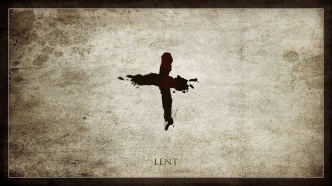 Then the high priest questioned Jesus about his disciples and about his teaching. Jesus answered, “I have spoken openly to the world; I have always taught in synagogues and in the temple, where all the Jews come together. I have said nothing in secret. Why do you ask me? Ask those who heard what I said to them; they know what I said” (vv. 19-21).   As Peter and the Beloved Disciple were waiting in the courtyard, Jesus was being dragged into a “kangaroo court” where his accusers could yell at him with impunity and try to justify their actions. But Jesus, when asked about his teaching, challenged the high priest’s motives for asking and suggested that they question the crowds. Jesus pointed out that he had done nothing in secret. John picks up the story:

“When he had said this, one of the police standing nearby struck Jesus on the face, saying, ‘Is that how you answer the high priest?’ Jesus answered, ‘If I have spoken wrongly, testify to the wrong. But if I have spoken rightly, why do you strike me’?” (John 18:22-23).  Jesus spoke the truth, which is what he always did and which is exactly why he was hit in the face. The official did nothing more than act out what many frustrated people desire to do when they are confronted with the truth of their actions–he lashed out. No one present could come up with anything in Jesus’ actions that was actually illegal, and when Jesus pointed that out emotions ruled and there seemed nothing else to do but to hit him. I can imagine the high priest’s police stamping their feet, raising their voices, and lashing out because they couldn’t bully Jesus without him turning it into some kind of lesson.

When I taught in the public schools, I encountered a lot of children who responded just like that official. Unfortunately, I know a bunch of adults who react like that too. Because–and we all know this deep down–there is no antidote to the truth, just as there is no darkness that can possibly eradicate light. Jesus stood in what had become a dark place, and the light of his incisive truth was simply too much for them to deal with.  With Jesus There Are No Secrets  When questioned, Jesus immediately reminded his accusers about the openness in his ministry, and openness is inherent to light and truth. Everything about his ministry was open and available to inspection, a fact evidenced by the number of people who were always welcomed and encouraged to ask questions. Even when Jesus was teaching directly to his close-knit group of disciples, there was often a fair crowd gathered, looking on, just to listen and to learn.

There was a fair crowd of people at my church yesterday morning. There always is, and I am sure that some who showed up were a little like the high priest’s officers—not only curious but also looking for a reason not to believe. You know what I mean because we’ve all been there. Too much truth makes us nervous, so we find fault with the truth-teller, change the subject, or lash out in frustration, trying hard to be mad about something so that we can avoid dealing with God’s kind of truth.

But Jesus understands. “Please,” he invites us, “tell me what it is that is wrong.” But at the same time he is not willing to let us off the hook. No, facing the truth is too important for that, and things have gone too far for that kind of a graceful exit! Because his truth is designed to expose our lie, his presence reminds us the extent of God’s commitment to our healing, and his light illuminates our need for the kind of grace God always has in mind.

Caiaphas, the high priest, passed up another golden opportunity to learn from the Savior and instead sent him on his way to the Cross. There is always the danger that we will do the same. What truth is Jesus confronting you with today? Will you be transformed? Or will you simply strike out and turn away?  Prayer: Please don’t let us off the hook either, Lord. Don’t leave, just because we are so nervous. Expose our need with the light of your truth and then heal us with your grace. Amen.

Reaching Toward Easter by Derek Maul offers a daily devotional pilgrimage through Lent, using the framework of the Gospel of John as a guide. Features include a suggested scripture reading for each day, prayers for personal devotions, and a leader’s guide for weekly group meetings.

Used with the kind permission of our friends at Upper Room Books.

Mike Windley is Lead Pastor of The Bridge Community Church in Morrisville, NC.
View all posts by mikewindley →
This entry was posted in Lent. Bookmark the permalink.